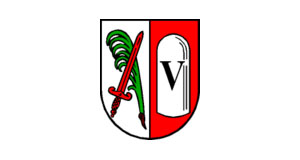 Pfarrwerfen is a community in the Pongau region of Salzburg, more specifically the Tennengebirge, with a total population of approximately 2,200 residents. Whilst skiing and other winter sports play an important role for Pfarrwerfen, it is not a typical ski town unlike so many other Pongau villages. Tourism is a significant contribution to the local economy, but not its only pillar.

In this sense, it is similar to nearby Bischofshofen, which influenced the development of Pfarrwerfen since the Middle Ages (a monastery was founded there in the 8th century). Pfarrwerfen looks back on a longer history than that, beginning with Celtic tribes settling in the area some 2,500 years ago.

Today, the community is a significant commercial centre with a few things that deserve closer attention. Note for example the parish church, a building that dates back to the 14th and 15th century and comes with a Gothic core that was later altered on several occasions.

If you want to learn more about Pfarrwerfen, its surroundings and the Pongau in general, have a look at the Freilichtmuseum. The term translates as "open air museum" and refers in German to a museum of folk culture and folk history that is arranged in and around an assembly of traditional buildings. In the case of the Freilichtmuseum Pfarrwerfen, these traditional buildings include six historically significant watermills.

Speaking of traditions: The Pongau and Pinzgau are the traditional centres of Perchten activities in Salzburg. Pfarrwerfen plays a particularly important role in this and the annual Pfarrwerfener Perchtenlauf draws thousands of visitors into the village on the first of January. On contrast to the Flachgau area, where most Perchten ceremonies are done in early December, the Pongau towns have preserved a great deal of authenticity and stick to the traditional dates that follow the cycle of moon and sun rather than tourism and weekend cycles.

During the summer season, which is a lot less important for the area′s tourism in economic terms, hiking is popular. Pfarrwerfen makes a good base for exploring the surrounding mountains. With the Austrian skiing star Petra Kronberger, Pfarrwerfen has contributed to the Austrian hall of fame in the royal discipline, that of Alpine skiing.