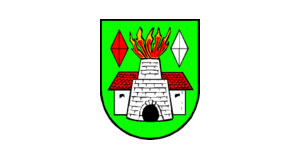 Hüttau is a village in the Pongau region of Salzburg. It was first mentioned in 1325. The community has a total population of approximately 1,550. Hüttau is situated in the Fritztal, off the main valley (Salzachtal). Like many settlements in the Pongau, Hüttau played an important role as a mining town between the 16th and the 19th century. After a few years (or decades) of relative poverty, tourism started to become an important aspect of the local economy of the Pongau.

Today, this applies to much of the region, including Hüttau. It is a bi-seasonal destination with a focus on hiking, mountain biking and other Alpine mountain sports during the summer season; and obviously skiing and more skiing during the winter season. The latter one is more important, Hüttau is no exception from the rest of the region in this respect. Over the course of the year, some 50,000 over-night arrangements are sold in Hüttau.

In terms of sightseeing, expect very rural attractions. Enjoy Hüttau for its over-all appeal as an Alpine village. The parish church was built in Gothic style between 1472 and 1492. It contains altars by Fra Arsenio Mascagni. The former Kupferzeche Larzenbach (copper ore processing plant) and a museum of mining are the substitutes for a town museum; here you will learn more about the mining past not only of Hüttau, but also much of its surroundings.