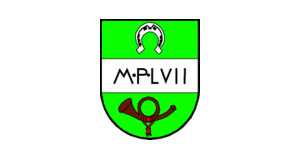 Untertauern is a community in the Pongau area of Salzburg. It has a total population of approximately 500 and would be 100 percent insignificant if there wasn′t one of Austria′s busiest ski resorts that developed on the territory of Untertauern. The famous ski town of Obertauern is not a municipality by its own rights, but a hamlet with lifts to mountains that are shared between Untertauern and neighbouring Tweng. Those parts of Untertauern that are not part of the Obertauern skiing region are still rather touristy, skiing is done very intensively in this part of the province.

Untertauern is situated on the northern edge of the so-called Radstädter Tauernpass, a very important route through the Alps. For this reason, Untertauern is actually a fairly old settlement and can be tracked back to Roman times, when a road already went through the area. Nevertheless, Untertauern was only a tiny village characterised by three things: Forestry, agriculture and trade with metals and minerals that were mined in the region, especially in the Lungau.

This changed only with the rise of skiing after WWII. Today, Obertauern is the sixth-biggest tourist destination in Salzburg (after the capital, Saalbach-Hinterglemm, Zell am See, Bad Gastein and Bad Hofgastein) and among the top-20 in a nationwide ranking.

Obertauern is a typical skiing town, thoroughly artificial and packed with enormous hotels. In addition, it is popular with locals that come just for a day. Obertauern is famous for the so-called Tauernrunde, a circular array of slopes and lifts that allow skiers to ski around the valley. Obertauern′s lifts extend over altitudes between approximately 1,700 and 2,500 metres. This means that it is among the highest skiing regions of Salzburg and has very reliable snow conditions and particularly long season.

Obertauern is also a very diverse skiing area: 56 kilometres of its slopes are designated as suitable for beginners, 35 kilometres for advanced skiers. In addition, there are four kilometres of "black slopes" for very experienced skiers. 26 ski lifts and cable cars in and around Obertauern allow the transportation of some 40,000 skiers and snowboarders per hour. Note that in the 1960ies, the British pop-band "The Beatles" shot parts of the film for "Help" in Obertauern.

Untertauern is connected with Salzburg by public means of transport; the centre of the skiing areas of Obertauern can be accessed via the Snow Shuttle service directly from the capital, but only on certain days. Hotels in the region often offer their own pick-up services that allow you to travel conveniently from Salzburg Airport to the hotel.