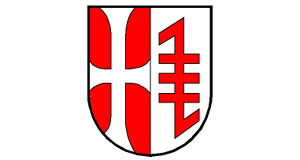 Ebenau is a village near Salzburg with a population of approximately 1,300 residents. It is situated in the Flachgau area and on the verge of the Salzkammergut. Ebenau′s surroundings are characterised by the hills and mountains of the Osterhorngruppe, a mountain range of the Northern Calciferous Alps.

The landscape of this area is quite attractive and there are several hiking paths that are worth exploring. However, don′t let geography trick you: Ebenau appears to be around the corner of Salzburg. Whilst this is true in the sense of distance, driving is a different story, as mount Gaisberg is between the Salzburg and Ebenau. Therefore, you will have to drive all the way around the mountain, which effectively means that communities further north or south of Salzburg might be much better-connected to the city than Ebenau.

Things to See & Do in Ebenau

That being said, it is still no hassle getting to Ebenau. Why should you? There are a couple of things worth a closer look at Ebenau. This corner of the Flachgau is generally little-known by international tourists who prefer the "proper" Salzkammergut area of St. Gilgen and beyond. This makes Ebenau interesting for off-the-beaten-track hiking.

Particularly recommendable is the Ebenauer Mühlenwanderweg (Water Mill Hiking Path Ebenau). The area, which has been rich in creeks and rivers ever since people have lived here, has a high number of water-mills.

As relics from the pre-industrial age, many of them were renovated in previous decades and a theme hiking path was dedicated to them. For a bit of local sightseeing, note also the Museum im Fürstenstöckl, a regional museum housed in a former arms and lock smith of the Prince Archbishop. Locally, Ebenau is also known for the Werkschulheim Felbertal, a school that combines secondary education with an apprenticeship in a wood-related subject.