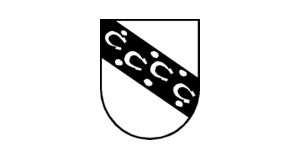 Strasswalchen is a market town in the very north of Salzburg, right on the border to Upper Austria. It is considered to be part of the Salzburger Seenland (Salzburg Lake District). Strasswalchen has a population of more than 7,000 and is situated at the crossing point of several major traffic lines - most importantly, the Westbahn railway between Vienna and Salzburg. This gave rise to the commercial character of Strasswalchen, which also has a reputation for being a particularly windy place. From this you can probably already anticipate that Strasswalchen is not a very touristy place.

In fact, international visitors are unlikely to make it there if it isn′t on a train that will probably not stop there. That being said, Strasswalchen has several very nice spots, especially those in the area of Lake Irrsee. Several Austrian celebrities have chosen the shores of this lake as summer or even permanent home.

One attraction of at least regional fame is the Erlebnispark Strasswalchen, a theme park that never fails to excite children. Note that the Erlebnispark is outside of the village, you will probably have to get your own mean of transport to conveniently get there. Otherwise, there are only the obligatory sightseeing attractions of any village in Austria: Parish church, a hand full of interesting buildings and a bit of nature.

The name "Strasswalchen", by the way, originates from Bavarians who moved into this area in the 6th century. An old Roman road ran through this part of Salzburg and there were communities of Celtic-Roman ethnicities - which the Bavarians collectively referred to as "Walchen".