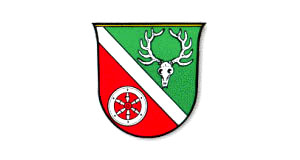 Tweng is a village in the Lungau area of Salzburg, in the border area to the Pongau. Parts of the skiing area of Obertauern fall on the territory of Tweng, which explains the strong focus of Tweng on tourism. Note that Obertauern itself is not a municipality, it is shared between Tweng and Untertauern. Tweng has a population of a mere 300 and is situated at the southern edge of the Radstädter Tauern mountain range.

Prior to the rise of skiing tourism after WWII, Tweng was a remote and underdeveloped village shaped by agriculture. In 1665, a chapel was built for the parish and the construction of a proper church was started. This church was not to be opened until 1705. In 1745, a school was built for Tweng. The village became an independent parish only in 1891.

Today, it is the ten thousands of tourists that come to Obertauern for skiing that keep the community going and make it one of the wealthier municipalities in Austria (if income is measured per capita). Don′t expect a great deal of sightseeing opportunities - like most villages in areas with intense mass tourism, Tweng has changed its face from a typical Alpine village into a village with oversized hotels and other tourism infrastructure.

During the summer months, the village is rather quiet and most hotels close. That being said, those hotels that remain open often have good deals for hiking holidays and other summer sports.

The skiing area of Obertauern is popular mostly for the "Tauernrunde", a circular array of slopes in very high altitudes between 1,600 and 2,500 metres. This ensured a long season with particularly good snow conditions. There are 26 ski lifts and more than 100 kilometres of slopes.

Note that this applies to Obertauern, which is essentially a cluster of hotels. If you stay in Tweng, you will find plenty of means of transport to get to an entrance point for the Obertauern slopes and lifts. In 1965, the British pop band "The Beatles" filmed parts of the video for "Help" in Obertauern and Tweng.