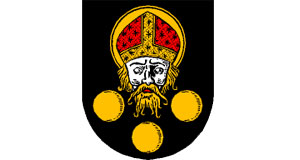 Bad Vigaun is a spa town in the Tennengau region of Salzburg and known for its thermal springs. Bad Vigaun is situated about 15 kilometres south of Salzburg city and linked to the capital via the regional train. This makes it more accessible than any other spa in the wider surroundings of Salzburg; however, Bad Vigaun has a reputation for appealing rather to an older clientele, young people tend to prefer to take longer rides and go to rowdier places. Bad Vigaun is also just off the motorway to Salzburg, thus literally only a few minutes away from the city.

Bad Vigaun sits at the base of a valley and is sandwiched between the two massive mountain ranges of Hagengebirge and Tennengebirge as well as Mount Untersberg and the Osterhorngruppe mountain range (which includes the well-known Mount Gaisberg). With the exception of the latter, these are fine examples of the Northern Calciferous Alps and famous for hiking, rock climbing and caving opportunities.

Note the Schlenken-Durchgangshöhle, probably the best-known cave in the area. Mount Schlenken can be accessed particularly easily from Bad Vigaun. Here the river Taugl makes a good place for swimming on hot summer days. The Bruderloch was a meeting spot for Protestants in the Catholic church state of Salzburg - but it was probably already used by early Christians. It is considered to be the oldest Christian assembly point of the province.

In terms of sightseeing, Bad Vigaun offers about as much as any nice village in Salzburg: The obligatory parish church is late Gothic with three naves; the church St. Margarethen has a noteworthy pulpit from local Adnet marble. There is a town museum in Bad Vigaun, located in the former vicarage (Mesnerhäusl) from 1790. Note a Roman bridge (Römerbrücke), supposedly the oldest building of Bad Vigaun. The small town gallery targets locals and guests of the spa as visitors.