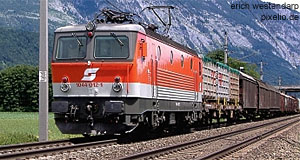 Most international visitors that come from overseas don′t spend all of their vacation in the same spot. They usually want to combine several highlights in Central Europe in as little time as possible. Popular destinations for a combination with Salzburg are Innsbruck, Vienna or Munich - as well as Prague, the capital of the Czech Republic. In the past, readers of Visit-Salzburg.net have e-mailed us regularly to ask about public transportation and the best mean of transport between Salzburg and Prague.

There are several possibilities to pass the 380-odd kilometres between Salzburg and Prague, but there is something crucial to keep in mind: Due to the communist past of the Czech Republic, the traffic routes between Prague and Austrian cities are generally underdeveloped. Despite of the relative vicinity, 40 years of forceful separation undermined the development of modern railways, motorways and other good links. Nevertheless, getting from Prague to Salzburg is no big hassle. We have looked into various options for travelling.

1.) From Prague to Salzburg by Train

Trains are generally the most popular means of transport for independently travelling tourists from overseas. Trains run frequently (several per day) between Prague and Salzburg; not all them are direct links, in fact, many will require changes at least in either Linz or Munich. Many train links require even more than one change; this is due to the bad infrastructure in the route Prague - Austria that we have mentioned above.

Note that the route Prague - Linz - Salzburg is a great deal shorter and thus cheaper than Prague - Munich - Salzburg. Speaking of the price: This is in fact the biggest caveat of trains. There is almost always a stock of tickets available that start at around 40 Euros one way; alas, when this stock sells out, prices can get hefty and even double. You can browse special offers at the website of the Austrian National Railway at www.oebb.at or you get in touch with the railway companies in either Prague or Salzburg to enquire the cheapest deal.

For young travellers, rail passes that are valid for several weeks (Interrail) in all of Europe might be the best offer, especially if you travel to other destinations besides Salzburg and Prague, too. Another caveat: The train journey takes at least 6.5 hours, which is long - compared to the 2 hours and 40 minutes that it takes to get from Salzburg to Vienna (about 300 kilometres, versus the 380 between Prague and Salzburg). The more changes it takes, the longer the journey gets; expect journeys as long as 10 hours. If that bothers you, note especially the last section of this article, the one on cars.

2.) From Prague to Salzburg by Bus

Sorry, but we did not find any good bus links between Salzburg and Prague, only arranged trips in both directions with small bus companies. We guess that in both cities, a trip to each other will be advertised as a set group tour; scheduled bus links, however, we found only via Vienna or Munich. This might be attractive and economic if either Munich or Vienna are on your list of places you wanted to visit anyway - for a direct link to Salzburg, however, we can′t really recommend that.

There are flight links between the airport of Prague and Salzburg; check offers at the usual suspects, websites that allow you to compare prices. We found an offer by Austrian Airlines, but recommend you to check with a travel agent or call directly at one of the two airports to enquire all possible links.

Note that the distance between Prague and Salzburg is a mere 380 kilometres - not necessarily enough to justify a flight. Especially since Salzburg is not a very important business partner for Prague. Airport transfers in Salzburg are extremely convenient (city busses) and similar things probably apply to Prague, too.

For car rentals, the same thing can be said in this article as in those on links between Salzburg and Munich or Salzburg and Vienna: There are of course all the major car rental companies present in Salzburg and Prague and they will make you their usual offers. Alas, given the rather long distance, this will not be a particularly cheap option and we recommend it only if you want to stop on various points between the two cities or if you travel in a group of four or five people.

The route would be Prague - Cesky Krumlov - Linz - Salzburg, much of it on highways. Only the border area does not have a motorway link, which increases the total time it takes for the journey to about 4 hours; note the paragraph at the introduction to this article. Taxi transfer services (essentially a rental car with a driver) might be an option to consider for this route.

Readers have e-mailed us that there are several taxi companies in Prague that offer packages for this trip that start at around 350 Euros for groups of up to four people. With approximately 90 Euros per person for one way, this is about the same as a regular train ticket with no discounts or special offers; it is also a great deal more convenient.

Regardless of whether you book yourself a taxi, look into train links or rent a car, keep in mind that there are plenty of great things to see between Prague and Salzburg. There is no reason why you shouldn′t plan to stop somewhere in between.

Note especially Munich for the route via Bavaria; or Cesky Krumlov (a world cultural heritage), Ceske Budejovice (Budvar or Budweis, famous for its brewery), the rural Mühlviertel area across the border to Austria and Linz, the capital of Upper Austria for the direct route.