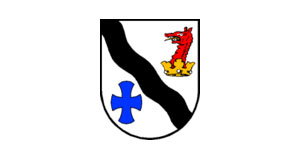 Schwarzach is a community in the Pongau area of Salzburg and has a total population of 3,500. The town is situated in the Salzach river valley and became an independent municipality only in 1906 (until then, it was part of St. Veit). It is one of two communities that form the travel destination of "Salzburger Sonnenterrasse". The other one is big brother St. Veit.

On contrast to so many other towns in the region, Schwarzach is not a typical ski town - even though tourism plays some role in the local economy, too. Schwarzach′s economy is rather shaped through its role as a transport (Tauernautobahn motorway) and railway hub, as well as through the Kardinal Schwarzenberg′sches Krankenhaus, the second-biggest hospital of Salzburg.

What to See in Schwarzach

In other words: Most tourists end up in Schwarzach not for the skiing, but rather after they break their limbs on the slopes elsewhere. Other important local companies can be found in the photochemical industries, aluminium processing, energy and logistics. Prince Cardinal Schwarzenberg founded a brewery in Schwarzach in 1847, which closed only in 2008 after being credit crunched.

Schwarzach and nearby St. Veit feature in the novel "Frost" by the Austrian writer and playwright Thomas Bernhard. In terms of sightseeing, Schwarzach is not the most exciting place in the Pongau, but has a few things worth a closer look. Note Schloss Schernberg, a local castle that was once home to the Schwarzenbergian brewery. It is now used by a religious charity as a medical facility. Note the Vikariatskirche, the spiritual centre of Schwarzach.