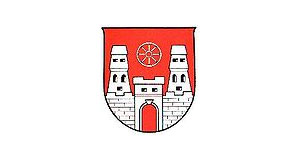 Radstadt is a historic town in the Pongau region of Salzburg. In combination with nearby Altenmarkt and with Forstau (Fageralm), Radstadt has skiing areas (such as Kehmadhöhe) that range between some 850 and 1,850 metres. It is part of the Salzburger Sportwelt, the skiing area association that seeded the formation of the Ski Amade region. That being said, Radstadt is not the stereotypical skiing ghetto unlike many other villages of the area. It has a total population of 4,700, rather big for the region, and managed to preserve a lot of its historic buildings. This makes Radstadt an attractive destination all year round.

An important selling point of local hotels is the location of Radstadt: Even though its own ski lifts are not overly important and serve maybe some 30 kilometres of slopes, it is situated at the heart of Salzburg′s most important skiing region. For those who don′t fancy to stay right at the slope, Radstadt therefore makes an attractive base for exploring several areas within the Ski Amade region.

In terms of sightseeing, Radstadt owes much of its appeal a single political decision in the 16th century. Even though the region had been populated since the 4th or 5th century B.C., it did not play an important role until the late Middle Ages saw the rise of mining. Within relatively little time, much of the Pongau became a very important centre for mining and ore processing. Its population increased, and so did its wealth - alongside with its ambitions to challenge the authority of the Prince Archbishop in Salzburg.

Once the reformation started to kick in, social unrest gained momentum and resulted in open riots and civil-war-like situations. In 1525 and 1526, the so-called peasant wars (Bauernkriege) drove the Prince Archbishop into serious trouble. Whilst Goldegg and other important towns in the Pongau fell on the side of the peasants, Radstadt resisted them and stood against a siege. After the situation calmed down and the peasant armies were defeated, Radtstadt was endowed with extensive privileges and gained the influence formerly rivalled by Goldegg.

Former participants of the riots were forced to build fortifications and modernise the 13th century city walls for Radtstadt. This resulted in the construction of walls that can partly be seen until today: The three most striking features are the towers of the Hexenturm, Kapuzinerturm and Teichturm. Remains of the old ditch can be found next to the Teichturm. There is a walk that follows the old city walls (as far as preserved), it is called Millenniumspfad.

Note that few of the historic buildings are actually medieval - several devastating fires resulted in the loss of most of the medieval buildings. Nevertheless, Radstadt is a member in the Austrian association of small historic towns and worth a closer look. Note the parish church of Radstadt, a basilica with three naves that originates in the 13th century - alas, due to the fires mentioned above, the current appearance is largely based on a modern building from 1865.

On the cemetery of the parish church, you can see the Lichtsäule Schusterturm, a Gothic shrine from 1513. Once a common sight in Austrian towns, most of these shrines have disappeared in the Baroque age. There is a second noteworthy church in Radstadt, the Kapuzinerkirche, the former Capuchin church. Its tower is partly occupied by the town museum (Heimatmuseum), where you can learn more about the history of Radstadt and its surroundings. The "headquarter" of the town museum is Schloss Lerchen, a castle that dates back to 1298 and got its current appearance in the late 18th century.

In the surroundings of Radstadt, you will find several scenic mountains that are suitable for hiking. For example, the Rossbrand (1768 metres, cable car from Filzmoos); the Seekarspitze (2350 metres); Seekareck, (2217 metres); Kemahdhöhe, (1557 metres; with the local skiing area and required lifts) the Predigtstuhl (1305 metres); and the Vorderer Gaisstein and Hinterer Gaisstein.