Bad Gastein: The "capital" of the Gasteinertal Valley 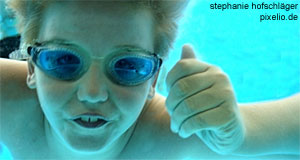 The town of Bad Gastein is the economic and spiritual centre of the Gasteinertal Valley in Salzburg′s deep south. Ever since Roman times, when the hot springs of the region were discovered and used as thermal spas, the town is a popular destination. Due to gold mining in the Middle Ages, Bad Gastein was a very wealthy place and alongside with the salt from Hallein, Bad Gastein contributed much to the prosperity of the Prince Archbishops of Salzburg.

Today, Bad Gastein is very famous for its year-round tourist season: During the summer, the Gasteinertal offers innumerable opportunities for hiking. The town lies within the National Park Hohe Tauern. Mountain cabin theme paths or routes that tell hikers more on the history of Bad Gastein are popular; as well as the "Sportarena", a network of theme paths for mountain bikers, hikers and Nordic walkers. During the winter, it is a combination of excellent skiing opportunities and the thermal spas that draw the crowds to Bad Gastein.

More on the spas of Bad Gastein: There are two thermal spa resorts within reach from Bad Gastein, one of which is directly there. The "Felsentherme" of Bad Gastein is situated at a an altitude of 1,000 metres and is therefore above the usual fog level. The spa area with its steaming in- and outdoor pools was blasted into rock. One town further from Bad Gastein, in Bad Hofgastein, you find another thermal spa: The "Alpen Therme Gastein" (www.alpentherme.com) in Bad Hofgastein, which is affiliated with the "Felsentherme" in a marketing network called "Thermenregion Salzburg" (Spa Region Salzburg).

The Aplentherme was recently refurbished. Both spas have the usual thermal spa attractions, in addition to one or two that make them special. These are usually some kind of fancy sauna or "adventure pool".

Some information on sightseeing in Bad Gastein: The town is famous for its "fin-de-siecle" spirit; in the late 19th century, Vienna′s aristocracy discovered summer holidays and spread out every year to spend a few weeks in the Salzkammergut, near the lakes of Carinthia - or in the Alps. Because of the scenic landscape of the Gasteinertal and the hot springs, Bad Gastein soon turned into a particularly fashionable place, rivalled in glory only by Bad Ischl and Baden.

The waterfall in Bad Gastein′s city centre suspended (and still suspends) radon containing water with medical properties over the town - "taking the cure in Bad Gastein" was a luxury holiday. By 1900, the city centre was full of enormous, luxury hotels in the style of the historicist era. Over the course of the 20th century, tourism ceased and today, many of the old, splendid hotels are not used anymore.

Gastein & the former glory of the Gasteinertal

One exception is the Hotel l′Europe, which houses the famous casino of Bad Gastein: Gambling is legal in Austria, and the Bad Gastein casino attracts many people. The buildings around the casino are situated directly around the waterfall and therefore, they make quite an attraction themselves. Despite of the old city centre being a bit run down, the charms of the Empire can be seen on every corner.

The modern town centre is situated near the station: Here you find modern sport and spa hotels, a convention centre and the medical institutions that come along with spas. North of the centre, you find the late-Gothic Nikolauskirche Church, famous for its frescos above the choir stalls and on the ceiling of the main nave. Note also the Gothic marble-pulpit.

A very scenic walk is along the Bad Gastein Promenade that connects Bad Gastein with nearby Böckstein. Getting to Bad Gastein from Salzburg is easy: Hotels often offer shuttle services and several trains run daily.